On August 17th, 2021, big wave surfers Grant “Twiggy” Baker and Ian Walsh embarked on a surf exploration mission in search of a potential new big wave surf spot the likes of which only exist in a handful of other places on earth. Since big wave surfing’s inception, Mavericks, Nazaré, Waimea and Jaws have been the world’s premier big wave breaks, but Twiggy and Ian sought to change that with an excursion to the northern west coast of South Africa. These surfers put their lives on hold for just over three weeks to search for a potential addition to the shortlist of world class big waves. Both Twig and Ian have dedicated much of their lives to the pursuit of big wave rides all around the globe, but neither have ventured anywhere quite as remote or isolated as this stretch of coastline in the South African Desert. “I’ve traveled all over the world” Twig says, “But this coast that we’re going to is almost the final frontier of everything.”

Grant “Twiggy” Baker is a three-time big wave surfing champion who grew up on the beaches of Durban on the east coast of South Africa. A jack-of-all-trades waterman, on any given day Twig is just as likely found riding 60-foot monster waves as he is longboarding one-footers, spearfishing or body surfing. He has spent much of his career chasing megalodon swells all around the globe and has become one of the most experienced big wave surfers of this generation. Twig’s expertise in the water is comparable to few others, but his partner on this trip, Ian Walsh, is surely right there with Twiggy as far as experience, knowledge and ability are concerned. 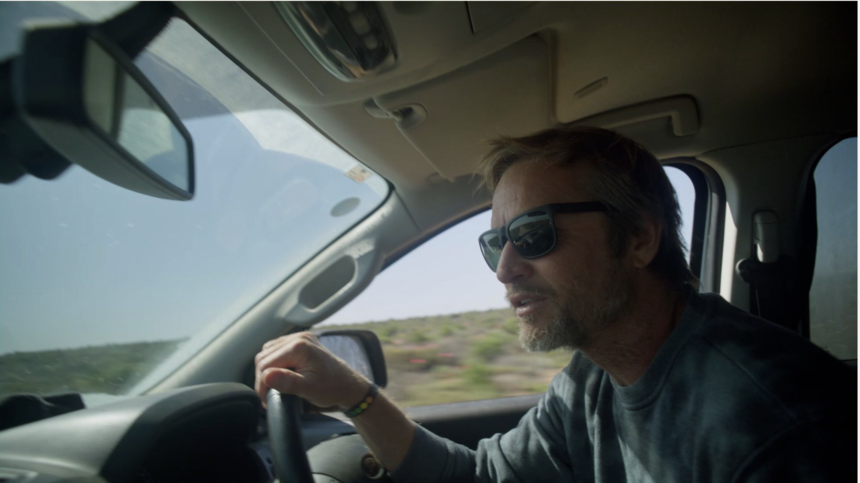 Grant “Twiggy” Baker checking out some waves as he drives to basecamp. | HBO photo.

Ian has aimed to spend every free minute of daylight in the ocean since his upbringing on Maui. Much of what can be said about his counterpart on this trip also applies to Ian. Ian began riding XXL waves all around the world when he was only a teenager; his longevity and experience in the sport has opened all sorts of opportunities for him to explore the edges of the earth in search of novelty waves such as The Peak in South Africa. Beyond surfing, however, Ian has embarked on numerous other adventures that have brought him to the extremities of human experience. From summiting and snowboarding down Denali to sailing across the Atlantic Ocean on a racing yacht, Ian has dedicated himself to a life lived on the edge. 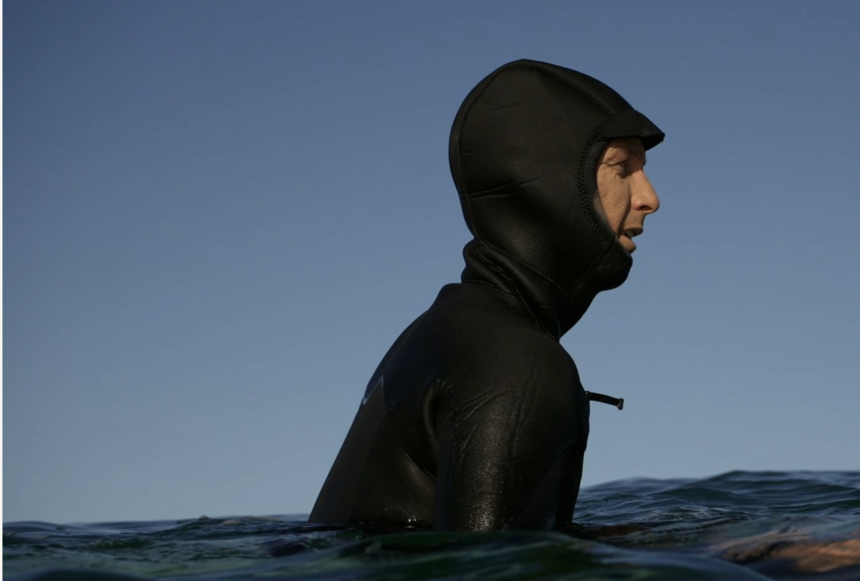 Ian Walsh sitting in the empty lineup waiting for a set. | HBO photo.

With the looming goal of finding a giant wave, Grant and Ian studied the coastline of this region in South Africa looking for the geological signifiers of a potential big wave location. For a spot to produce giant waves, there are numerous factors that need to come together in just the right way. Primarily, the bathymetry of the ocean floor needs to quickly go from very deep to shallow as it approaches the coast. This allows for the swell energy to remain at or near its maximum potential up until the waves begin to break. The layout of the coast is also important for maintaining the shape of the wave as it breaks. The channel must be deep enough to handle huge swell without causing close outs. After a careful surveying of the coast, Twiggy and Ian found a spot that seemed to check all the boxes for a big wave break just over 500 miles north of Cape Town and, just like that, their plan was set in motion.

After months of planning, ironing out logistics, tracking storms and waiting for the right time to strike, Ian and Twig finally pulled the trigger in August 2021. They met up in Cape Town and sent the fourteen hour drive up the coast with enough gear, fuel and rations to last them a month of camping on the desolate coastline. Once in the area, they had to strategically choose a basecamp where they could make strike missions north and south of camp. The goal of the trip was to find new waves to surf and potentially score that new big wave spot. Everywhere they looked there were waves – the potential for good surf was littered throughout the entire coastline. Ian described it as, “having the whole coast of California with nobody around,” so choosing the right spot took some careful consideration. Once camp was set up and the whole team was settled in, Twiggy and Ian held a briefing with the rest of the team to gear up for the weeks to come. 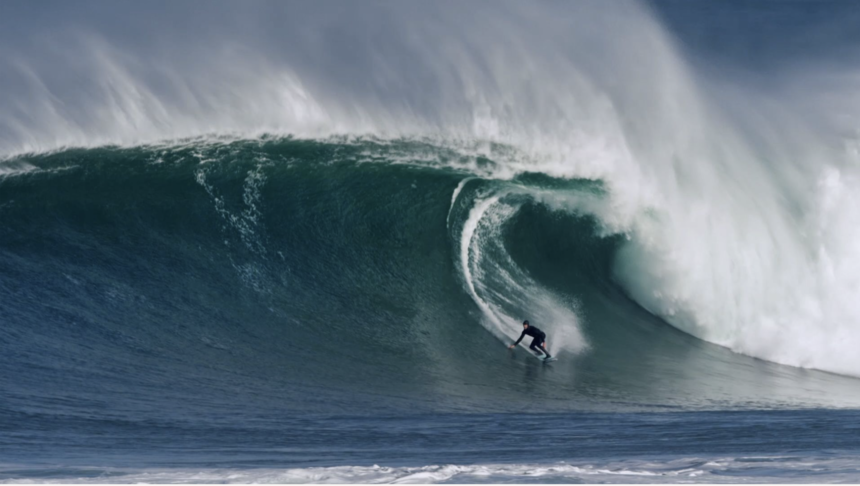 Throughout their time on the coast, Twiggy and Ian found some incredible waves and did some amazing surfing. Every morning they would be up and out looking for new spots before the sun came up, and it really did seem like everywhere they looked they found quality beach breaks, reefs and point breaks. Apart from one gnarly rainstorm that flooded camp, the team had favorable wind and weather conditions most of the trip. The only thing more they could have asked for was a bit more swell. But that’s the nature of surfing, isn’t it?

Just under a year removed from this trip, we caught up with Twig and Ian to ask a few questions about their experiences filming this project in South Africa and riding big waves. But before checking out what Twiggy and Ian had to say, we want to bring attention to the Protect the West Coast Coalition. Protect the West Coast is working to raise awareness and raise money to fight the continued opencast mining being done on the west coast of South Africa. This style of mining has been outlawed for decades almost everywhere on the globe, but these companies are exploiting the legal system in South Africa and are wreaking havoc on the coastal ecosystems. Click this link to learn more about how you can help put an end to these mining operations. 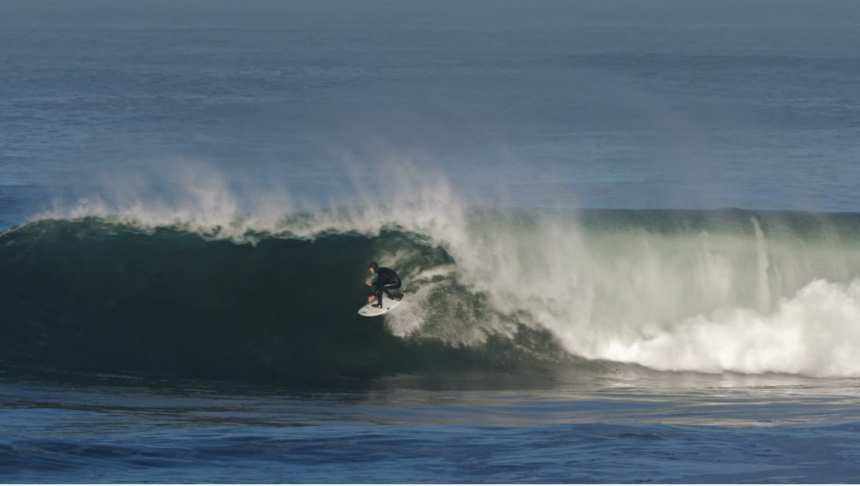 TGR: Traveling to find new waves has always been a part of your surfing career. How did you feel after this project was over and done with? What personal accomplishments did you walk away with?

GRANT BAKER: Well, I think I’ve always just done it for myself, you know? If anything, I’ve had one photographer friend with me. And this was obviously a big project, so I was really proud of myself and my team to be able to put together a project of that magnitude and pull it off successfully. It’s not easy to accommodate twenty people in the desert for three weeks and we pulled it off and had a great time and no one died! We were just stoked to get the opportunity to do it at that level. It was a challenge for us, and we pulled it off and we’re stoked.

IAN WALSH: I think sometimes the harder it is the better it feels for me. The more challenging it is the more I feel a sense of accomplishment, regardless of what the surf does, and I definitely felt that on this trip. It was also opening up what else we saw from the other waves. Yes, we went there with this targeted approach to identify a new big wave location, but the waves were pretty damn good the entire time we were there – it rarely got under 5-6 foot. We got to surf all these different waves and there was so much raw coastline with just no people anywhere. I feel like regardless of how much work it is, it feels good to travel and learn from the people in that area and the culture in that area. It just feels good. 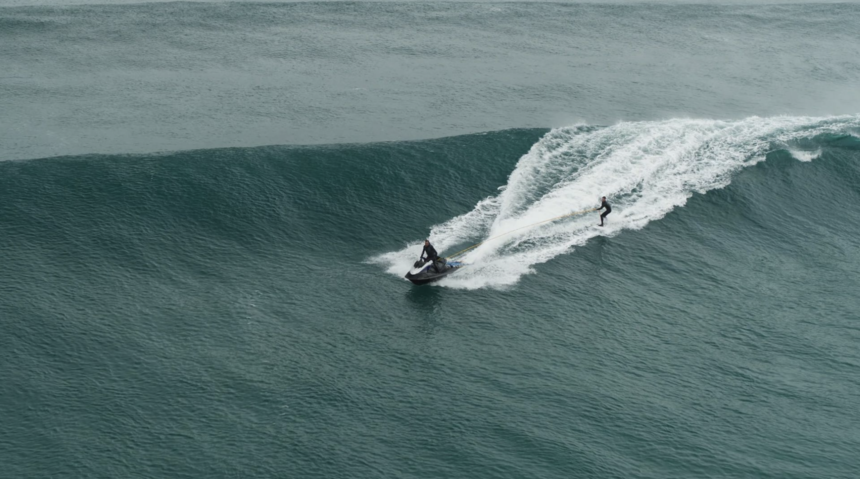 TGR: What was your favorite part of filming this project? Any moments that stand out to you?

GB: Just being up there for a time with a crew like that. We’ve spent a lot of time traveling around the world and to be able to surf where we did, and it being documented in that way was epic. And the whole crew was awesome we really had a good time up there. It was like a holiday, but we were working. Everyone was involved and everyone brought the good vibes to the crew. Obviously me and Ian clashed a few times picking spots or deciding where to surf, and you know I can be known to be a bit of a general on these trips to get up early and make sure everyone’s on time to the area where we need to be, but besides just a few minor crashes it was just an amazing month and I think everyone enjoyed themselves and had a really good time.

IW: A highlight for me was being that removed. One of my favorite things about projects like these when you’re just so removed and so remote you get to connect with the people you’re with on a much deeper level. Everything becomes about who you’re with and connecting with them. The everyday tasks become different when you’re camping for almost a month. I enjoyed the simplicity of that. You just get really in tune with where you are. It’s cool to unplug from everything we have at our fingertips in society. It’s a unique thing and I think it’s kind of refreshing. I enjoy putting myself in situations that are challenging and that test you physically and mentally is where you have great opportunity to grow for yourself personally. 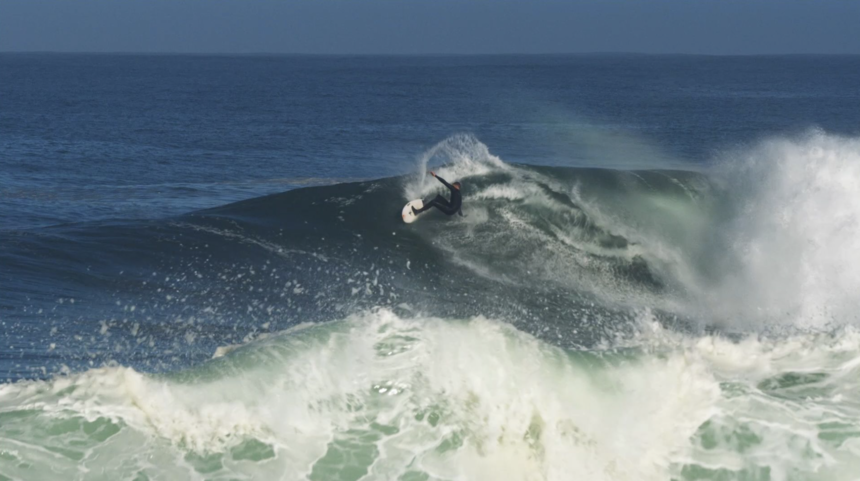 TGR: Do you think you’ll return to The Peak?

GB: Yea 100 percent. We’re gonna go down to J-Bay for the event (WSL Corona Open J-Bay) and then we’ll go and stay in Cape Town and surf around there until we see the correct swell for the peak. Obviously it needs to be bigger than the swell that we had last year, and cleaner conditions. Would love to see offshore winds and some big clean long period swell with good wind conditions and were going to hit it!

IW: I definitely think I’d go back there. I would love to see what the Peak does on its day of days. Seeing what the Peak could do when the swell was just basically tickling the reef at that point left us with some good information. We were saying like if it’s already starting to show some shape and showing what the channel looks like and how everything adds up for this wave, it gave me some underlying impressions of Maverick’s on a smaller to medium swell. And when Mavericks gets that megalodon swell it’s a whole different ballgame. So, I don’t think that will be the last time I’m in that area whatsoever. 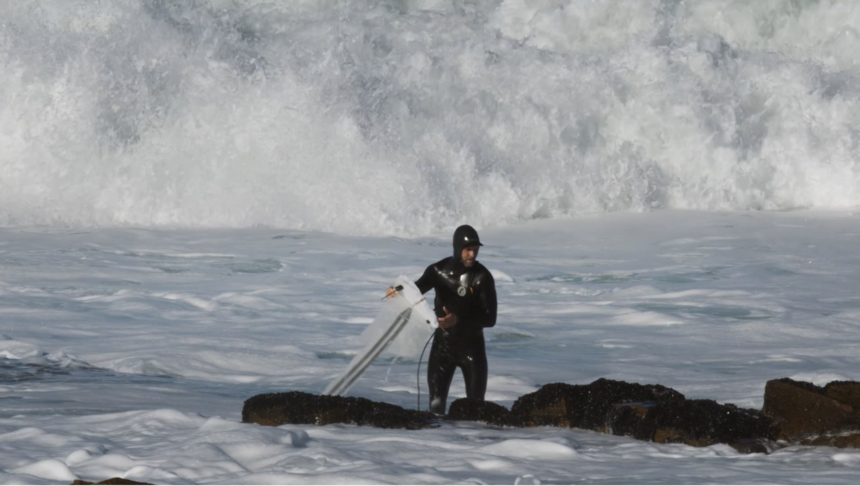 Twiggy recovering his snapped board in the shorebreak. | HBO photo.

TGR: What do you want the viewers to take away from watching your episode of EOTE?

GB: I think the most important thing is supporting the Protect the West Coast Coalition. We have those Australian mining companies that are just reading havoc on our coast. This type of mining was banned in Australia in the 70’s but they’re quite happy to go to these third world countries and pay off politicians and do this disgusting form of opencast mining. It’s just really bad form. It’s unacceptable. I would like people to see that and to look it up online and maybe make a donation and say something about what’s going on.

IW: At the end of the day, what I want people to take away from this project is for people to not be afraid of a little extra work to go further.