Alzheimer’s in the Philippines…

Sandra Day O’Connor retired from the Supreme Court to be with and care for her husband, John, who has Alzheimer’s disease. What surprised and outraged many people was her family’s announcement that John had fallen in love with another woman, an Alzheimer’s patient in the same care facility. Ha! Countless Alzheimer’s patients’ families were not surprised; it had happened to any number of us before. Welcome to Alzheimer’s reality. 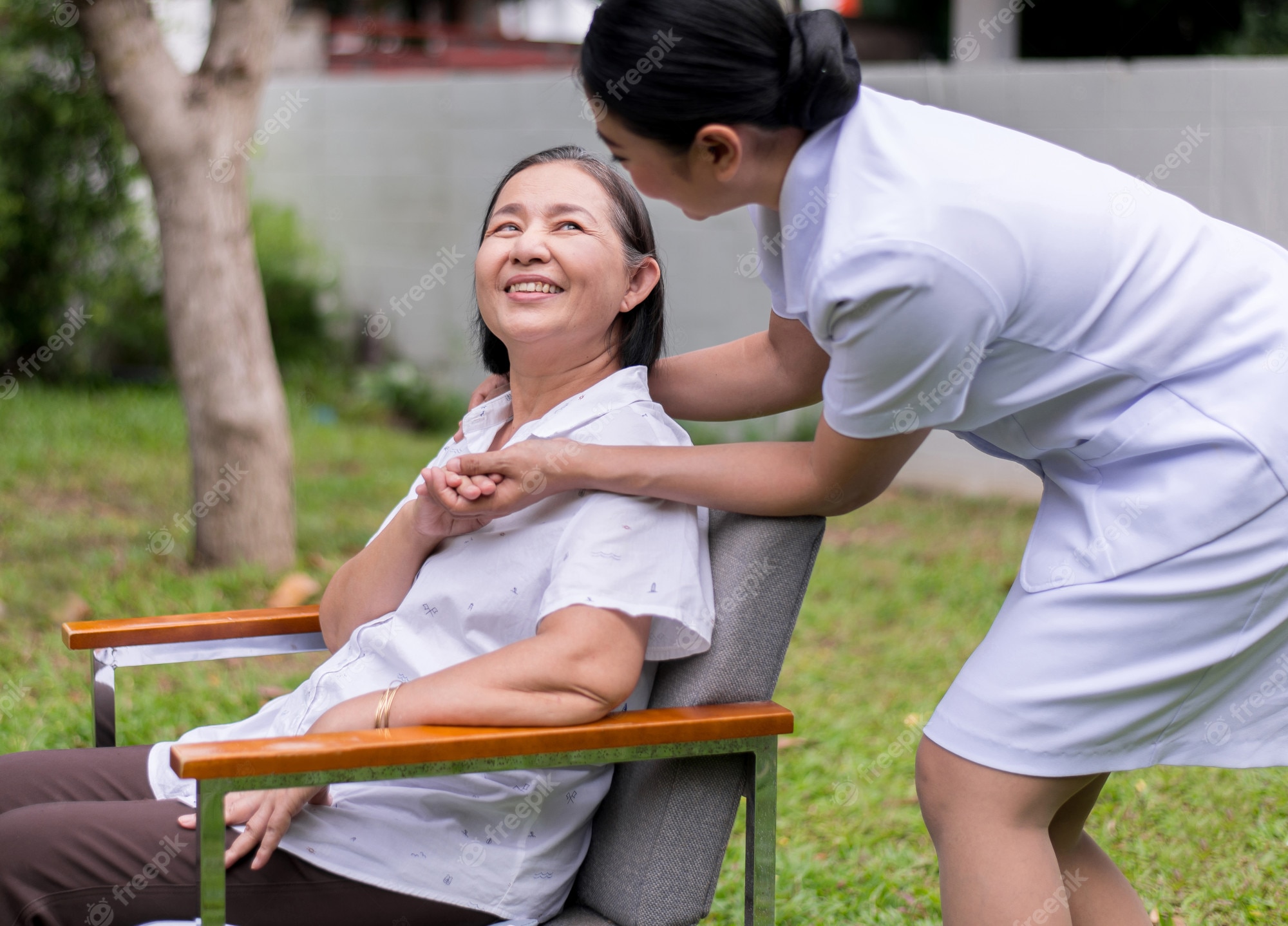 The majority of public comments were understanding, admitting that they had no idea this sort of thing happened. Some were offended—obscene, it’s the media is exploiting it, it’s disgusting, sensationalism masquerading as education, I’d never put up with that, I’d change nursing homes, not my husband! No way, no how!

My experience is typical. He and one of the female residents got together shortly after I placed him. They were inseparable—they’d walk hand in hand, she’d sit on his lap in the lounge making out, dine together, snuggle close—thigh to thigh. She’d pull me away from him whenever I came to visit. She’d bang on his door at night, wanting to get in. Staff would inform her that he was married, but she would scream, “No, he’s mine!” My husband treated her with deference and respect, addressing her as “My wife, Betty Lee.” She didn’t resemble me any more than Abbot resembled Costello, but she was his wife, Betty Lee, to him. I was happy for him because he was happy.

Staff told me that they were used to this type of behavior and that they could separate them if I wanted. I told them to leave them alone. Others asked how I was coping and advised me on what I should do. But, my goodness, they were both insane! And I knew, as I write these words, that he wasn’t being unfaithful because, through no fault of his own, he lived in another reality. I could rant and rave, ‘How could you—after all I’ve done for you—treat me like this!’ Yaffa, yaffa!’ He’d just give me a puzzled look, as if he didn’t understand anything I said. I could tell her to keep her filthy hands away from him, scratch her eyes out, pull her hair—and then get arrested for assault. No, it was fine, and if you truly understand the REALITY of Alzheimer’s, you know it’s fine, you understand.

Patients frequently recreate their own lives in a facility, doing whatever makes them feel at ease. That’s exactly what my husband did. He wanted to marry Betty Lee, so he made it happen. I’d be foolish not to interpret that as his undying love for me.

Look for the film “Away From Her.” The gender roles are reversed, but otherwise it’s my story as well as O’Connor’s. The caregiver spouse is unceremoniously abandoned. Years of exhausting, frustrating, and stressful life come to an abrupt end. Depending on how things have gone, you may wake up one morning alone, bereft, in an empty house, facing the daunting prospect of starting a new life—alone.

When the essence of a parent with Alzheimer’s disease fades, adult children experience their own grief and despair. When their mother or father is replaced by a stranger, they may experience difficult and uncomfortable feelings. That strong life-long bond to a parent who has always been there since the day of birth, and everything that entails, is no longer there. It is never easy to lose someone at any age.

Relationships are being re-established by more than just wives and husbands. Often, a person with Alzheimer’s no longer recognizes their own children and replaces them, bonding with a staff member who cares for them. They forge a new identity with the familiar face of someone they see every day, reshaping the family unit into a place where they can once again find comfort, affection, and nurturing.

My husband would give me the most adoring smile, then turn to an aide who frequently assisted him. Many caregivers will tell you that their loved one’s affection has been transferred to someone else—if not another patient, then a caregiver at home or in a facility. Those suffering from Alzheimer’s disease constantly struggle with communication, memory loss, and confusion, attempting to make sense of their lives and adjusting in any way they can. We all have our own reality and memories, but those suffering from Alzheimer’s are forced to deal with a new, frightening, strange world full of unknown people. Someone being unfaithful or forgetting their own children can be devastating in a normal world, but the harsh reality is that our loved ones with Alzheimer’s no longer live in our world. They did not choose their fate, nor did they choose to leave. Allowing them to make the best of whatever they have, wherever they find it, and with whomever they find it is a kindness.

The personal aspects of replaced affection were discussed in (1), which explained how Alzheimer’s patients try to restructure their lost lives with strangers in order to reclaim the affection and comfort that the disease all too often steals from them within their own family.

It’s all well and good to explain that the disease is to blame, not a conscious decision to abandon the spouse. True, the Alzheimer spouse may be finding comfort in a new relationship, feeling good, even happy, but accepting this is not always easy for the caregiver’s heart. Understanding something intellectually does not imply that it is emotionally understood and accepted.

Such new attachments are not limited to a care facility; they can occur at home with a hired caregiver, and it is not simply being unfaithful in the traditional sense. In the Alzheimer’s world, the need to find new companions does not imply that they have stopped loving us, those they’ve loved all their lives; they cannot control it, and neither can we.

Why does this happen to some people but not others? If and when it occurs, it is determined by how the brain is functioning at any given point in the illness. Individuals placed in a care facility are doing their best to make friends among strangers, others like themselves, in order to make sense of their lives. I’ve seen Alzheimer’s patients in a care facility conversing with understanding, but it sounded like gibberish to me. They appear to communicate well with one another, but not with people like you and me.

When two people in a nursing home form a bond, hold hands, and carry on, it may not be what we consider true love. But it can certainly make each feel more at ease; a hand to hold, a shoulder to lean on, and hugs to give and receive can all help someone feel less lonely and abandoned in a strange and unfamiliar world. They must be suffering from separation anxiety. And, as we all know, the patient’s ability to recognize his or her spouse and other family members deteriorates over time. The anxiety can be unbearable, and a new friend, companion, or relationship—whatever you want to call it—can fill the void.

When a parent is placed, the adult caregiving child may experience the same sense of loss. They are further distressed when they see their parent/child lifetime bond being so easily abandoned. Both the child and the spouse caregiver may feel displaced. When years of suppressed grief resurface, it’s natural to be jealous. You did everything right, but your loved one died as a result of a devilish disease. You can no longer do all of the physical and emotional work required to be a caregiver, and now you’ve lost your loved one all over again to a complete stranger who is receiving all of the attention and affection that is rightfully yours—that you’ve earned—and you’re furious about it! Then someone has the audacity to say, “Remember, it’s not personal, it’s the disease!” Yeah, right, that makes everything better, everything is fine!

Most Alzheimer’s patients, like the rest of us, require social connections. Because of the behavioral and emotional changes they are undergoing, they respond and react to new and old connections in different ways. Your loved one is not rejecting you, nor do they no longer care about you; rather, they have lost their memories and feelings about someone they no longer accurately and truly remember. A familiar face will elicit a friendly smile, but there may be no recollection of how that person, that face, now fits into one’s life. Any one-to-one relationship memory, whether wife, sister, aunt, daughter, or friend, is lost forever. It cannot be recalled, no matter how hard you try. Of course, this complicates matters. One person has all of the vivid memories, while the other does not, and it’s excruciatingly painful, as few things are.

The sooner you internalize what is going on inside your loved one’s head, the sooner you realize your loved one can’t help it—a it’s matter of survival—the sooner you will be able to accept and adapt. Numerous family members have turned inward, fighting and rejecting the reality of something they cannot change or control. Learn how to save yourself the pain. It is, in fact, the disease.

There are community support groups and online resources available for family members. Professional counseling is frequently beneficial; someone who does not know either party personally will be more objective. Contact your local Alzheimer’s Association to find help near you.

To Win Against China, the United States and the Philippines Must Be Patient